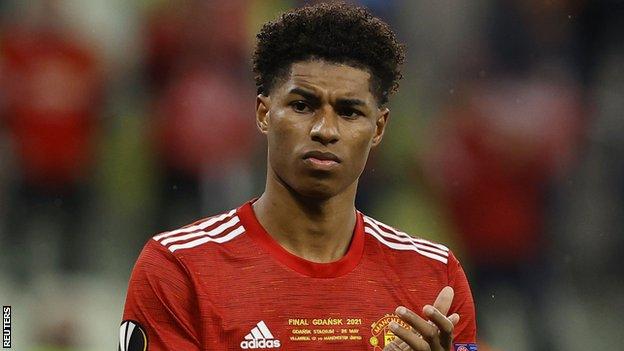 Manchester United Winger Marcus Rashford is set to undergo a shoulder operation for what seems to be an overdue appointment.

Rashford has been playing for quite a while with pawns in his body and after meeting with the club on friday, Manchester United released on official statement saying “Following talks between Marcus, the manager, the club medical staff and specialists, Marcus will undergo surgery imminently to resolve his shoulder injury”

Rashford just returned from the Euros having represented his nation England all the way to the finals before falling short to Italy in the final. He made 64 appearances for club and country in 2020/21 season and his focus will now turn to retuning better, stronger and fitter to help his club compete this season.

Marcus Rashford also boasts and impressive 36 goal involvements for United in the 2020/21 season, however fans believe a fitter  Marcus Rashford will perform even better.

After a successful surgery, he’ll miss up to 12 weeks of footballing action, the forward will be missed. We wish him all the best for the things to come.