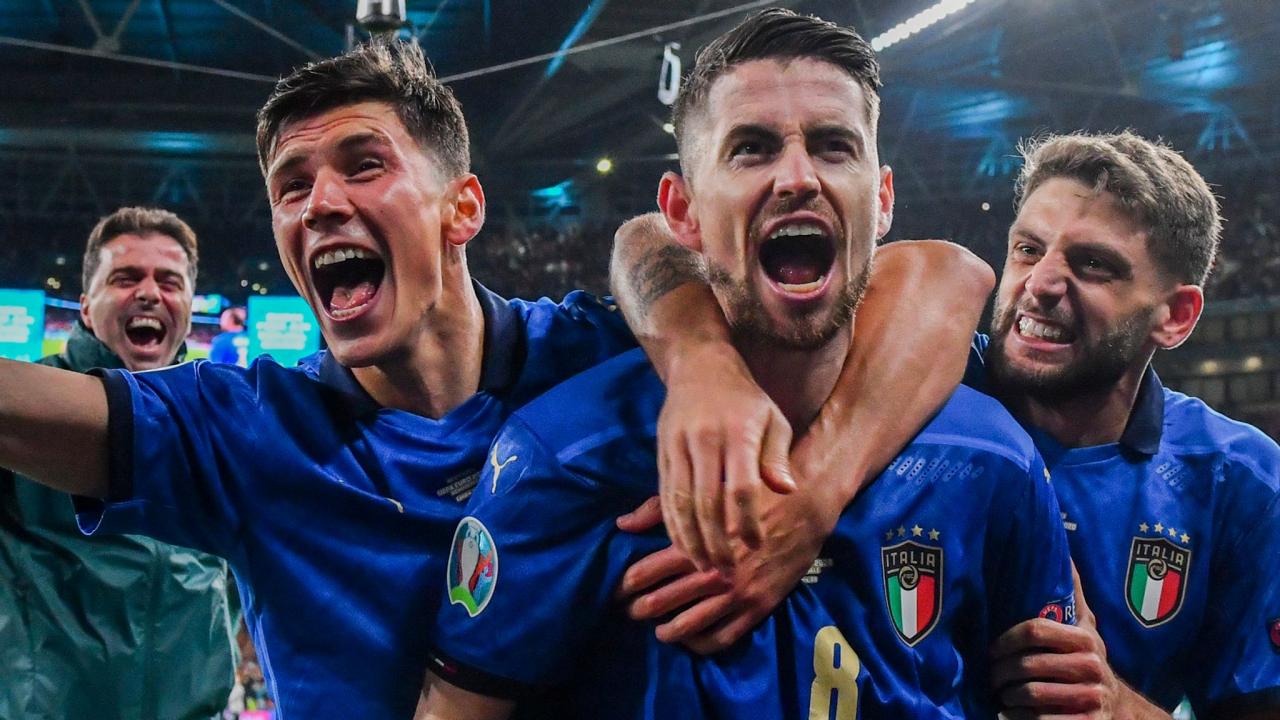 The Euro 2020 tournament has been played to a conclusion today. Italy beat England 3-2 on penalties to be crowned champions of Europe.

England have lost to a very solid Italy team who remained unbeaten through out the competition. England scored first early in the first half as full back Luke Shaw scored from a Kieran Trippier cross to give England the lead.

The first half ended in their favor as they held on to their lead only to lose it in the 67th minute as Leonardo Bonucci grabbed the equalizing goal for Italy.

However, England struggled to create chances on the big occasion and were lucky to have seen it through 120 minutes without conceding more than a goal.

Italy had to endure losing key player Federico Chiesa during the match as he had to be withdrawn due to an injury.

After regular time and even extra time, both teams could not be separated as the match went into penalties.

However Italy converted three penalties as Bernardeschi, Bonucci and Berardi scored to secure the title for the Azzuri.

In the end, Football did not go home it went to Rome, Congratulations to Italy on a well-deserved victory.