The Copa America competition will be played to a conclusion on Sunday as Brazil will take on Argentina at the Maracana stadium in Brazil.

Leo Messi’s Argentina are in the finals again this year after losses in the 2015 and 2017 finals. A chance at redemption not only for Messi but for the whole Argentine squad.

Messi has been key to Argentina’s success over recent years but a trophy is yet to be added to his list of national achievements. It is a final that could be his last attempt at winning the Copa America for Argentina.

Argentina beat Colombia on penalties as goalkeeper Emiliano Martinez was very influential to the win with 3 penalty saves to ensure Argentina secure a place in the final. 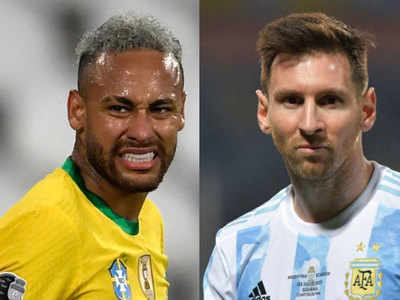 Brazil, the host nation of the tournament have not lost any match since the start of the competition, they have also conceded the least goals. Superstar and captain Neymar has been key to their recent run of wins with goal involvements in all the 5matches he has started so far, he’ll be looking forward to another match where he can help his team after missing out on Brazil’s last triumph in the Copa America due to injury.

Who will come out victorious?